10 of the most influential law firms in the world today 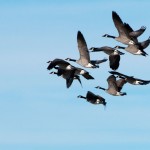 We’ve put together some information about 10 of the most prominent law firms founded and headquartered in 10 different countries from around the globe.

With a reported annual revenue of over ££876.8m in 2017, DLA Piper was number one in The Lawyer 200 Annual Report 2017, listing the top 100 UK-based law firms ranked by turnover.  DLA Piper is a global law firm with lawyers operating in more than 40 countries.

Fidal is France’s number one business law firm and the second largest in Europe, according to The Lawyer European 100 rankings.  Fidal was founded in 1922 and now employs around 2,300 employees and partners. In 2016, Fidal’s 2016 reported turnover was 332,8 million euros.

Cuatrecasas names itself as ‘the leading law firm in Spain and Portugal’. Headquartered in Barcelona, Madrid and Lisbon and is a leading international law firm present in over ten countries. With over 900 lawyers, Cuatrecasas has 26 offices in cities in Europe, America, Asia and Africa. And celebrated seven consecutive years of growth in its last financial results.

Loyens & Loeff is a prominent law firm headquartered in Rotterdam. It is the third largest law firm in Europe by revenue, according to The Lawyer 2016 Top 20 Firms in the European 100 with a reported revnue of 298.9 million euros. Loyens & Loeff employs 1500 lawyers, including 108 partners.

Number one in the 2018 Vault Rankings, Cravath, Swaine & Moore LLP has been known as one of America’s top law firms for nearly 200 years. The firm has played a central role in developing how law is practiced and lawyers are trained.

MinterEllison was founded in 1827 and is Australia’s largest law firm, with an annual turnover of 456m AUD in 2015/16. Headquartered in Sydney, MinterEllison achieved 29 Australian rankings across a range of practice areas and bands in the Chambers Asia-Pacific legal directory for 2017, making the firm one of the most highly ranked in Australia.

Based in Johannesburg, South Africa,  Bowmans has offices in Cape Town, Dar es Salaam, Durban, Kampala and Nairobi. Founded in 1885 by Douglas Flemmer Gilfillan and Richard Bowman, the firm now employes over 400 specialised lawyers and has been named as the leading legal adviser in Africa by volume by DealMakers for the last four years running.

Founded in 2001, headquartered in Beijing, Yingke Law Firm is a global business with 71 offices and over 5,000 lawyers worldwide. The firm has made remarkable achievements in its number of clients, market share and total revenues, reporting a revenue of £202m in 2015.

As of July 2013, Nishimura & Asahi is the largest law firm in Japan by number of lawyers. The firm was “founded” in 2007 by the acquisition of the Kokusai Bumon (International Division) of Asahi Law Offices by Nishimura & Partners (one of the “Big Four” and founded in 1966). Nishimura & Asahi has a head office in Tokyo and employs over 500 Japanese and foreign lawyers and states it’s total number of members as exceeding 1,200.

Next >
Diversity and Inclusion in UK Legal Firms

< Previous
Telling your story: how to utilise your firm’s history